“Jesus said to them, “Come and have breakfast.” Now none of the disciples dared ask him, “Who are you?” They knew it was the Lord. Jesus came and took the bread and gave it to them, and so with the fish. This was now the third time that Jesus was revealed to the disciples after he was raised from the dead.”

The verses above are John telling us one of His encounters with Jesus after Jesus was raised from the dead. This encounter is one of my favorites because Jesus has breakfast together with the disciples. While this may seem insignificant, especially because this breakfast didn’t consist of pancakes, eggs, bacon, and bottomless coffee, it held greater meaning than initially meets our cultural understanding of this story. In Jesus’ day, to eat with someone meant that you were at peace with him or her. You did not “break bread together,” also known as eating together if you were not at peace and reconciled with one another.

Who you dined with also told others who you were.

As Ann Spangler and Lois Tverberg explain in Sitting at the Feet of Rabbi Jesus:

Sitting down at the same table with someone meant that you shared a protected relationship with them. Whom you ate with revealed something important about who you were, showing to whom you belonged. Just as the word “house” could mean your family lineage or the word “bed” could mean your most intimate relationship, the word “table” could stand for family and friends—all those you trusted and on whom you depended.

Jesus ate WITH the disciples. These are His friends who had been with Him almost non-stop for 3 years and who told Him they were ready to die with Him and for Him until Jesus was arrested and they fled. They ran away and left their Rabbi (their teacher) to die on His own. Peter and John followed at a safe distance, but then Peter denied being one of Jesus’ disciples 3 times before Jesus was crucified. 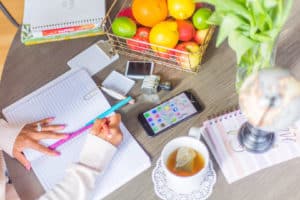 As we follow Jesus and live in His love we can reflect this love to the world around us. One way we can do this is by sharing meals with other people. Hosting and sharing meals serves many purposes, a few are:

It is a lot easier to disagree or argue with someone on social media than across the dinner table.

Sharing a table with someone often facilitates a safe place for discussion leading to learning about one another and gaining new perspectives. Sharing a table creates a feeling of family, even when the people around it come from different cultures, backgrounds, political affiliations or religions.

Jesus is the Bread of Life.

He was broken for us on the cross so we could be fully reconciled to Him. Now, we live at peace with God through Jesus and He calls us to be ambassadors of peace in this world. We are now inviting others not only to our table but to His table in the ways we love and interact with those around us.

As Jesus invites us and accepts anyone and everyone who would come, may we also invite and accept anyone God brings into our path today. 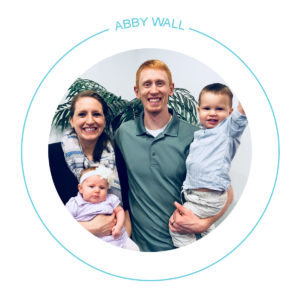