Bibles & Basketball is a non-profit, Christian community of professional basketball players’ and coaches’ wives, fiances, and girlfriends eager to know more of God and excited to share that passion with everyone they come in contact with. The world of professional sports can be hectic, unpredictable, and lonely – so, our hope and prayer is that this community is able to provide hope and love of Christ in the midst of this frenzied lifestyle. We guide women into a deeper relationship with Christ and offer tools and resources for members to do the same in their own communities. 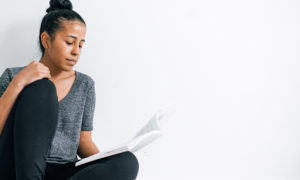 At Bibles & Basketball, we believe in the Father, the Son, and the Holy Spirit; God created the universe and all creations in it; God chose to send Jesus into the world to save sinners; the only way of salvation is through Jesus alone; the Bible is the true Word of God given through revelation to man; we are all called to be disciples to share the Gospel to all the world, carrying out the Great Commission; Christ will return; the Holy Spirit is available for all who submit to Him, and we each have the opportunity to seek the Holy Spirit and build a deeper relationship with the Trinity: God the Father, the Son, and the Spirit. 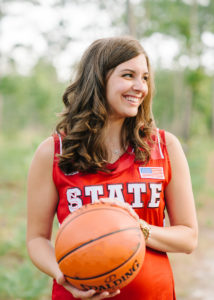 In 2014, I was a newlywed in a foreign country with entirely too much time on my hands and a husband who was almost always on the road – preseason camps and games all over Europe kept my husband’s bags packed by the door.

I was lonely. I deeply desired purpose in the unfamiliar roles of expat and housewife. More importantly, I had a profound hunger to know more about Jesus. There were many tears cried and many prayers prayed through the first few weeks of my new life as an overseas basketball wife.

All of a sudden, God began to answer my prayers, dry my tears, and force me to face fears I had been running from and avoiding.

He placed an idea in my heart to create a group tailored for other ladies, in the same position, craving community and Jesus.

I would love to say I fully embraced this idea, but the truth is I ran as far as I could, in the opposite direction, completely avoiding the idea God had purposely placed in my heart; I doubted that God was calling me to execute this idea, so I made excuses how this calling was not meant for me.

Despite the devil trying to rouse up self-doubt, God’s voice was far more powerful, and He continued to stir this new idea in my heart and mind. The thought became a desire and now, my purpose!

The initial group started as a few women participating on a video chat, diving into the Word, hoping for God to make us more like Him. Two and a half years later, Bibles and Basketball became an official 501(c)3 nonprofit with over 300 members in more than 40 countries around the world with weekly meetings, prayer and support groups, and a strong, pure, beautiful sisterhood only God could create.

Bibles & Basketball is a faith-based community connecting professional basketball players’ and coaches’ wives, fiances, and girlfriends, providing a safe, sacred space for women to grow deeper in Christ while impacting our local communities in the spiritual-growing process.

With members spanning from timezone to timezone, continent to continent, our global community of women share the beautiful commonality of their love for Christ and a passion to grow deeper in faith.

With 300 members and counting, in 40 different countries, Bibles and Basketball aims to connect more women through the Word of the Lord! The Bibles and Basketball community continually aspires to remain an uplifting, safe, and loving space for each member as they grow their unique walk with Christ.

For even as the body is one and yet has many members, and all the members of the body, though they are many, are one body, so also is Christ

Bibles and Basketball is more than a means to globally connect women but also provides faith-based programs and group studies for members to strengthen their relationship with Christ.

The heart and soul of Bibles and Basketball lovingly rests within Christ as each woman is encouraged to boldly and faithfully discover their purpose through our Lord and Savior, Jesus Christ. Through our mission of seeking identity through Christ, every woman in Bibles and Basketball is given the confidence to reflect the glory of God and find lasting fulfillment in Him.

…and to know the love of Christ which surpasses knowledge, that you may be filled up to all the fullness of God.

One person encountering Jesus can bring an entire city to know Him. With each member living in a unique location around the world, Bibles and Basketball possesses a special, powerful reach within local communities among each international environment.

Members help other women share their love of Christ in their local communities through personal discipleship and bringing their love of Jesus to the people in their season.

From that city many of the Samaritans believed in Him because of the word of the woman who testified, “He told me all the things that I have done.”