“Be quick to hear, slow to speak and slow to anger”

The Cost of Freedom of Speech

I am quickly learning that the freedom of speech is incredibly costly. There is no restraint in our tongue today. If we are not heard in conversation, we post on social media with hopes of going viral and becoming a part of more prominent news. We live in a world where comments have replaced conversation, demands have replaced requests, and words have replaced actions. This new found freedom in being heard is costing us jobs, relationships, peace, and unity.

Once I began reading the Bible for myself, long before I accepted Christ as my savior, I saw it as a book of wisdom. Now having accepted Christ, I see it as a book that reveals God’s incredible wisdom, knowledge, and love for us. The Bible is a love letter from a father to his children. It encompases every “fatherly” conversation one might have with their earthly father. It offers wisdom about relationships, conflict, marriage, sex, how to run a business, how to handle money, how to converse; it teaches us everything we could ever need to know – and right now, in this moment, we need to know how to measure our words.

Our words can speak life or speak death, they can either be the bricks that build up or the bulldozers that tear down.While no man can tame the tongue (James 3:8), we can trust the words of the One who can.

“Get rid of all filth and evil in your lives and humbly accept the word God has planted in your hearts, for it has the power to save your souls. But don’t just listen to God’s word. You must do what it says.”

So what does the Bible say about our speech? 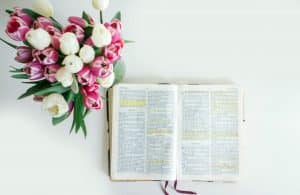 “Be quick to hear, slow to speak and slow to anger” (James 1:19). Let us be willing to stay silent and prayerful, when someone is spewing emotional word vomit at us, and not immediately engage with the thrashing of our own tongues. Instead of tossing around careless comments, create an atmosphere that invites conversation. Personally, I spew the most careless words when I am emotionally charged, but I know that if I am willing to take a step back and respond rather than react, the situation will be fruitful rather than hurtful.

While we focus on responding, rather than reacting, let us also consider humility in conversation. Often, in my self-righteous anger, I demand to be heard rather than ask to be heard. I tend to think my points are more important and accurate, and therefore must be said no matter the cost. But I am quickly reminded of what Proverbs 10:19 says,

“Too much talk leads to sin. Be sensible and keep your mouth shut”.

We don’t have to have the last word, meaningful silence is often better than meaningless words. Before responding, it would behoove us to ask ourselves, “Is what I am about to say kind or helpful?” If the answer is no, then we should consider saying nothing. Winston Churchill once said, “We are masters of unsaid words, but slaves of those we let slip out” – especially those we speak in anger.

What About Other Forms of Communication?

There is a saying, “actions speak louder than words”; in fact, actions speak when words fail. It’s easier to speak up, rather than show up, but Ecclesiastes 5:7 (NLT) reminds us, “Talk is cheap…”, we need to let our actions replace our words. Instead of talking about what needs to change, let us become the change. Sometimes, silence is an action that trusts God and takes Him at his word, that, “Everyone who believes in Him [Jesus] will not be put to shame” (Romans 10:11) and that God will, “take revenge” (Romans 12:19), not us. Let our works, show our faith.

At the end of the day, we are called to say only that which is, “full of grace, seasoned with salt, wholesome, helpful, encouraging, beneficial, peaceable, considerate, and gentle.” Repeatedly, God asks us to humble ourselves and put others first – one way we can do that is by pruning the words we speak. We can do this by inviting conversations rather than spewing emotional comments, by making requests instead of demands, and by allowing our actions to do the talking. 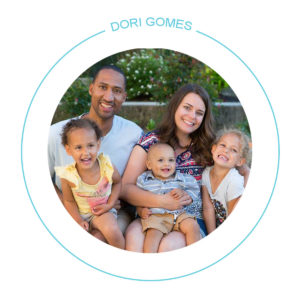